Bot Wars — Is Social Media Winning the Fight Against Bots?

Many social media sites are often criticized for the presence of automated accounts and trolls. This problem seems to be on every social media site. The problem can negatively affect brands, considering that a big part of the problem is that most companies use one IP address for all their social media content.

This makes the company vulnerable to bots and fake accounts. While social media is fighting back, they may not be winning anytime soon. How can you protect your brand against malicious users? Looking at companies like Metrow that can provide social media proxies may be the answer. 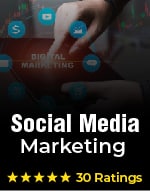 Why Are Bots a Challenge?

The definition of a social media bot includes the point that it can be used for good or harm. It’s a program that can vary in size, depending on the intention of the program writer, where a computer interacts with humans on websites intended for humans to interact with each other.

Bots are at best irritating, and at worst, can spread false information, propaganda and participate in criminal activity. This can seriously damage your brand, as bots can participate in a variety of unwanted activities. It can cause spam, harassment, or even political manipulation, hate speech, or terrorist propaganda.

Besides the risk of your content being displayed alongside inappropriate content, there’s also a risk that social media users will stop trusting the content altogether. Conversion rates can greatly suffer, as users will think twice before clicking on a link if they’ve been misled before.

There are a few ways in which automated accounts can inflict harm.

This is a phenomenon that’s often been happening during the COVID-19 pandemic. Hashtag hijacking is when the bot takes over an existing hashtag and uses it to spread propaganda or false information. These hashtags can also apply spam or trick users to click on malicious links.

These programs stay dormant for long periods and are only awake to launch their attack. The attacks often take the form of massive amounts of retweets or other spam messages.

These types of bots use an existing trend or popular topic to reach a specific audience.

How Are Social Media Sites Fighting the War?

Twitter often goes to war against bot accounts. The company suspends millions of accounts suspected to be bots, sometimes daily. Twitter will ban suspicious accounts without questions. The number of active users is impacted by this ruthless action, affecting shareholders, but the company is serious about the war.

Instagram has taken similar measures to control the problem of automated accounts. The company states that account holders will experience limitations in useability if they don’t sever ties with computerized accounts. Suppose the user has suspicious activities like following and unfollowing others, inauthentic likes, or comments that don’t follow the user policy. In that case, the company will send you a warning, after which your account could be suspended.

Facebook has dedicated a massive budget to its security, hoping to curb the automated accounts. This includes ensuring that user content stays within the community guidelines, explicitly referring to sexual content, hate speech, and violent content. The company wants to set the mind of advertisers at ease, lowering the chances that a brand can be linked to inappropriate content.

With all the measures these social media giants are taking to eliminate bots, the war is far from being won. Even with the massive budgets and aggressive suspension of suspicious accounts, the sites struggle to win the battle. For every account that’s suspended, a new one seems to crop up. Bot programs aren’t complicated to write, meaning it’s easy to implement a new one if the original is shut down.

Automated accounts are manifold among the social media giants and can have severe implications for advertisers and brands. The networks are dedicated to fighting the phenomenon, but the battle seems to be in vain. You should consider using companies that can offer you social media proxies to help protect your brand against harmful and unwanted content.