Can’t Connect to Xbox Live? Here are the Solutions

While your Xbox One can be used for offline play, it’s more fun if it connects online with Live. The benefits of having an Xbox Live subscription outweigh the cons. However, it can also be a source of frustration if your Xbox One console won’t connect to Live for some reason.

This issue happens from time to time for some users. If you have a problem connecting your Xbox to the Live service, this troubleshooting guide should help you fix it. 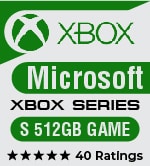 Possible causes why Xbox One won’t connect to Live

There are several factors that you must consider if your Xbox One is not connecting to Live service.

Xbox Live servers may go down from time to time. Usually, you would get an error message on your screen telling you that Xbox Live is not reachable at the moment. If you’re getting such a message, all you have to do is wait until the issue goes away.

The signals from your Xbox One console runs through a chain of devices in the entire network until it reaches to Xbox Live servers. Some of these devices include your home network equipment like modem, hub, and router. If any of these devices are not running correctly, your Xbox Live connection may run slow, disconnect, or stop working at all.

Another possible reason for Xbox Live connection problems can be from the console itself. An electronic device may encounter bugs if left running for an extended period. Be sure to restart the console before connecting to Xbox Live again.

If your Xbox One doesn’t connect to Live, its software may be outdated, or an unknown software bug may prevent it from connecting. Although connection problems due to software issues are not widespread, many people find installing updates to fix issues. Make sure that you keep the software of your console up-to-date, especially if you don’t connect to Live regularly.

Software modification or tampering may also sometimes block a console from connecting to Live. If you’re running a modded console, we suggest you revert its software to its official version before connecting to Live again.

In some cases, lousy hardware like network card failure or motherboard malfunction can lead to connection issues. If your console has physical damage or exposure to elements, you may have a hardware issue at hand.

Fixing Xbox Live problems is generally easy, but it takes several steps. Below are the things that you must do if your console can’t seem to connect to Xbox Live services.

This is the very first thing that you need to do. On your computer or smartphone, visit the official Xbox Live status page to know if there are ongoing server problems. If everything is up and running, then you need to continue your troubleshooting.

If there are no Xbox Live server errors, your next move is to make sure that you reboot the Xbox One console.

-On your Xbox, press and hold the Xbox button until the light behind it turns off (about 5 seconds). This should turn off the console.

-After your Xbox has powered down, unplug the power cord and wait 2 minutes.

-Plug all the cables back in and power on the Xbox One.

These steps should clear the network card, purge the cache, and refresh the system in general.

If your Xbox still doesn’t connect to Live, it can be due to a minor connection bug in your modem and router. Make sure that you power cycle them by turning them off, disconnecting the power cord from the wall outlet, and wait for at least a couple of minutes before plugging them back.

If your Xbox is still unable to connect to Live at this time, do a network test to see where the connection fails. This is how you perform a network test:

-Press the Xbox button to open the guide.

If you cannot fully reach Xbox Live servers, take note of the error and see if this Xbox Live solutions page can help you.

If you’re connecting your console wirelessly, make sure that your wifi is up and running. Otherwise, you’ll need to troubleshoot your wifi connectivity first.

If you’re on a wired setup, make sure that you check if there’s an issue with the ethernet cables you’re using. Please turn off your Xbox One and modem/router, then unplug the network cables from them. Then, inspect the wires to see if there’s any damage that might cause a connection problem.

You also want to check if there’s an issue with your Internet Service Provider (ISP). If there’s no connection from them, your router won’t connect your Xbox to Live. If you have a computer, use that to see if the internet is working by running ethernet to the router or connecting to your wifi network.

If there’s no Xbox Live server issue and your home router has an internet connection, the cause of your Xbox Live connection problem might be coming from the console itself. This means that it may have an unknown software error that prevents it from connecting. Do a factory reset on your console and see if that will help fix the issue for you.