Here is the guide about important fallout shelter tips and tricks to level up faster, get more dwellers, and unlock new building types. Most rooms in Fallout Shelter can be expanded and merged too, while elevators provide your dwellers access to different floors. However, traveling between rooms can become slow if you create a maze of disjointed areas.

And that’s where Fallout Shelter comes in. The game, which is available as a free download on mobile devices, PS4, Xbox One, and Nintendo Switch, puts you in the role of the Overseer in the post-apocalyptic Fallout universe. It’s best to know what layout you want to use as soon as you start shelter building. Each row in your vault has space for two elevators, two three-block rooms, and one two-block room. 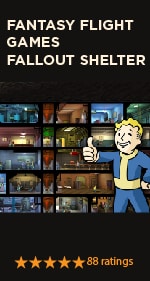 The following are some ultimate Fallout Shelter tips to follow:

Expand On Your Areas

Basically what this means is to connect your rooms. You can add on to any of the areas and make them bigger and more profitable. This also means when you upgrade the area it will be that whole part inside of just one room.

You need to be careful with this though because larger rooms mean more power draw. Try to upgrade one at a time so you can watch the power meter.

Raiders are a constant concern in Fallout Shelter. They’re out there, roaming the post-apocalyptic world, just waiting for a shelter like yours to bust in. And when they do, they’ll be seeking supplies and might even pose a threat to your Dwellers.

To evaluate that problem, you’ll want to use the Upgrade function to upgrade your vault door. Raiders will eventually make their way in, but the stronger the door, the more time you’ll have to get your Dwellers to the top floor to stop the raid.

This is the best way to get Caps and to get rare Dwellers/Equipment. You should focus on doing the Lunchbox quests as soon as possible to make your early game easier.

They are few and far between but you don’t need to pay money for extras, just wait it out. Once those are cleared you can focus on the other quests.

Breeding dwellers with the maximum number of skill points increase the chance of producing a rare or legendary dweller. This isn’t feasible at the beginning of the game when you will rarely find or have legendary dwellers. However, in later stages of the game, this is possible.

Producing legendary and rare children will reduce the amount of training you need to do since they will have higher stats than the average new dweller.

Put Dwellers in the Right Rooms

Each room you start building will have a certain stat tied to it. For instance, Living Quarters is Charisma-based and the Power Generator is Strength-based. When you click on a Dweller you will see the SPECIAL bars filled up to a certain point.

What you want to do is put the strength-based Dwellers in the Power Generator Room, and the Agility based dwellers in the Diner time, and so on. Each letter of the special creates a different stat. S is Strength, P is Perception, E is Endurance, C is Charisma, I is Intelligence in that, A is Agility and L is Luck. Use that to help you assign your new Dwellers.

This lesser-known Fallout Shelter tip has a massive influence on your dwellers’ ability to survive in the late-game. As stated above, the Endurance stat increases the amount of HP gained at each level up, and these increases are not retroactive.

Increase a dweller’s Endurance stat at level one (and equip them with Endurance enhancing outfits). Their final HP count will be significantly higher as soon as you unlock the Fitness Room start grinding out those stat levels!

Each dweller has several stats that influence their efficiency both in the Vault and while exploring the wasteland. Make sure you know what each particular stat in Fallout Shelter does to get the most out of your dwellers.

Associate to the table below for the significance of each Fallout Shelter SPECIAL stat. Also note that although the in-game display maxes out at 10, stats above that given by outfits still affect production, combat, and exploration.

Put Your Pregnant Dwellers to Work

Having a child is the highlight of many people’s lives, but in Fallout Shelter, there’s no such thing as maternity leave. Pregnant dwellers are not capable to defend themselves and will run for the hills when attackers come, but otherwise, they work just as hard as other dwellers. Just keep them off the first floor and if you’re short on weapons acknowledge removing them for the duration of the pregnancy.

Fallout Shelter pregnancies last three hours, and kids take another three hours to become adults. Children don’t require any care, and pregnant dwellers can get right back to work after delivery. If only childbearing were this simple in real life.

How to Have A Baby In Fallout Shelter

This is helpful info. When I first got someone pregnant I didn’t think she’d have a baby. I kept playing and exploring with my Dwellers and after a few hours (3-4 real hours) she finally had her baby.

Be patient and the baby will come. I think they stop sending you extra Dwellers until you get a baby also. I kind of hit a wall for those couple of hours. As far as I can tell there is no timer to tell when the baby is coming or not.

Q: What is the best fallout shelter layout?
A: Power rooms on the top floor are best because you will assign your strongest dwellers there and they will stand up better to attackers. The space to the left of the elevator can only accommodate space for two merged rooms. You usually need less food in the beginning so it’s better to make that one smaller.
Q: Do vault numbers matter in fallout shelter?
A: Primarily, the vault number is just a means to choose a specific vault, so that players can easily select a given vault between other options. If you acknowledge Fallout Shelter canon, each vault number coincides with an actual vault, in the Fallout universe.
Q: How long are dwellers pregnant in fallout shelter?
Fallout Shelter pregnancies in the last 3 hours and children take another three hours to become adults. Children don’t require any care and pregnant dwellers can get right back to work after delivery.
Q: Do dwellers die of old age?
A: They do not die of old age. The only way a dweller truly dies is if you as the overseer select not to revive them and remove them instead. Dwellers do not die of old age. Dwellers can die permanently if you do not revive them within 24 hrs of their death.
Q: Is there a vault 1 in Fallout?
A: Vault 1 is one of the vault series of fallout shelters which is developed by the Vault-Tec Corporation, located somewhere in the Great Midwest Commonwealth. The vault’s role in the experiment is unknown.

All you need to collect the information about them is that each type can be designated to a single vault dweller and has its own unique buff, like increasing health or the number of caps that you can find to take in the wasteland.

More like assigning clothes to specific vault dwellers, therefore, you’ll want to equip these to the people who will benefit from them the most. So, this was the guide article about fallout shelter tips and tricks. Share your thoughts, suggestions and queries in the comment box section below.

10 thoughts on “Ultimate Fallout Shelter Tips and Tricks All Time”