Iphone touch screen not working? It is rare for an iPhone touch screen to stop working or become unresponsive. If this happens, you will touch the screen and nothing happens, swipes will be ignored, taps won’t work, and another touch on the screen won’t register any behavior. It’s clearly annoying if the iPhone screen stops working and does not respond to touch, and it’s not subtle. 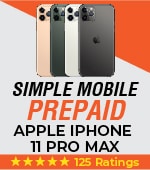 Rebooting the system is the very first recommendation for resolving any software-related symptoms, including random screen freezes. Due to the non-responsiveness of the touchscreen on your iPhone, you will need to perform a forced restart instead of a reboot/soft reset. Using iPhone 8, 8 Plus, or later iPhones, here’s what you should do:

Apple’s iPhone 7 and 7 Plus force a restart in the following way:

To force an iPhone 6 or earlier to restart, here’s what you should do:

After performing a forced restart/reboot, if your iPhone touchscreen is responding again, you may need to take these further steps to eliminate the triggers. Something within the software aspect must be the problem if it’s not the hardware. You must eliminate the trigger of the problem in order to prevent it from returning. Bad apps, malware, bugs, as well as corrupted data, or broken files, are among the common variables. You can eliminate these factors to prevent recurrence of the unresponsive screen symptom and the touch screen problem by performing the following procedures.

Clean Your Screen, And Your Fingers

You should first wipe off your iPhone screen and your fingers (or another input appendage). While troubleshooting this, you’ll also want to remove any cases or thick third-party screen protectors you have on your iPhone.

Take a good look at your iPhone screen in bright direct sunlight and tilt it around to reveal any gunk, oil, residues, liquids, moisture, dried crust or food, or anything else that may be interfering with the screen. A common thing that gets on the iPhone screen in the summer is sunscreen. This can make the touchscreen unresponsive or erroneously responsive. You’ll want to make sure the iPhone screen is free of any objects that could interfere with the proper detection of a touch. Usually, wiping it with a cotton cloth will suffice to remove anything from the iPhone display’s touch screen, but you may need to use a slightly damp (and I mean slightly damp, never enough moisture to drip) cloth to get rid of any residue.

Whether it’s your fingers, a stylus, or other input appendages, just make sure they’re clean and dry. In case of doubt or if you have a bunch of gunk on your fingers or hands, wash them. Skin that is unusually dry or calloused does not matter and should not cause problems with the touch screen, but wet hands may cause issues as well.

In the event that you’ve already tried the two steps above and your iPhone touchscreen still doesn’t respond, you should next try updating your iPhone by connecting it to your computer. Because the touchscreen is unresponsive, you won’t be able to update it normally; instead, you will need to put the phone in recovery mode.

Here’s what you do:

In some rare cases, screen protectors can make your iPhone touchscreen unresponsive even though they are typically very thin these days. As a result, you should ensure your iPhone’s touchscreen has been properly covered with the screen protector. Attempt to remove the protector and reapply it or reapply a new one if you have one available.

It’s entirely possible that a simple restart won’t solve the problem if it’s really an internal issue. To begin with, you should check your iPhone 3D Touch Sensitivity and try to fix the iPhone touch screen not working issue before concluding it is caused by the software update. If necessary, you can adjust it as follows: