Major Factors that cause Raid Failure 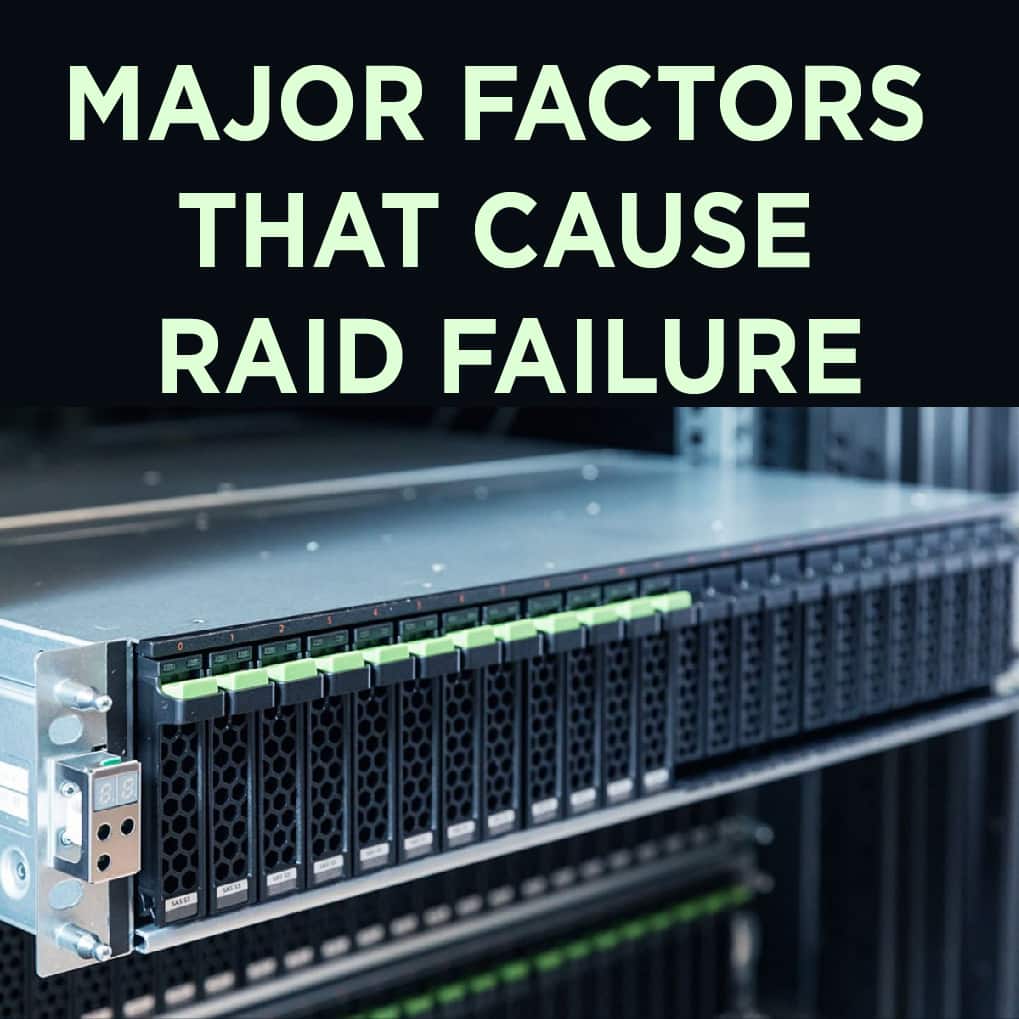 RAID, the abbreviation for Redundant Array of Independent Drives or Redundant Array of Inexpensive Disks, the latter is the less popular and older version, is a technology that is used to enhance the performance and reliability of data storage. The RAID system comprises two or more drives that are working in parallel. The drives that are utilized in this system can be either hard disks or SSDs, the latter that is an abbreviation for Solid State Drives. There are various RAID levels, and each is developed and optimized for a specific situation. Since there is no standardization by any group of industries or a standardized committee, different companies can come up with their own unique levels and implementations. This technique of configuration of multiple disk drives that present themselves to an operating system as a single data storage medium was invented in the late 1980s and continues to be used extensively even today.

Even though RAID arrays are a simple and secured means of managing and accessing data, they can still break down once in a while like all mechanical devices. When they do break down, the repercussions can be significantly dangerous. The repercussions can be especially dangerous when you have not systematically backed up your data. Also, the RAID systems can be misled to a false sense of security regarding data loss as these are reliable systems, but even the most secure RAID systems can fail. Glyph data recovery specialists helps in recovering data from RAID systems hence saving you from a big disaster.

The common major causes of a RAID failure are given below:

It is essential to be aware of what should be the ideal steps taken after a RAID failure. Immediately after a RAID failure happens in your system, it is necessary to instantly shut or turn off the array. This step will prevent the array from becoming vulnerable to further disk failures. The more the disk is run in degraded mode, the higher are the chances of further damage. If possible, make notes of the events that led to the array failure. This could be of great help later.

It should be kept in mind that when this happens, the data recovery specialisthas to be contacted immediately. Also, keep in mind that you are not a specialist; hence you should not attempt to do any physical repair to the system as this will pose a problem for the specialist. The recovery process requires a clean environment; otherwise, the dust in the normal atmosphere might do irreplaceable damage to the disk.