Pokecord Commands: Pokecord is the most famous bot. It is a type of discord bot. Discord bot is a set of programs by which you can communicate and chat with the game in real-time of playing with your gaming partners.

Pokecord is a discord bot of the game Pokemon. Mainly, it was first ever started on the 22Nd of November 2017 globally; in this guide, we learn about using pokecord, commands, server, hacks, and everything about pokecord. 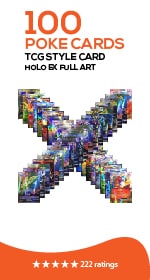 A pokecord is an interactive and extensive discord bot that allows you to collect, battle, and trade Pokemon. Once you have your pokecord, a pokemon will start to look as you talk. You will spot the pokemon in your messages as you will get notified of it. But it is your job to guess the name of the pokemon first to claim it.

By default, your server will have the “p!” in front of your command. Before we get started, you can get your Pokemon Number for a particular pokemon with the p!pokemon –name <Pokemon Name>” command. Consequently, you will get your number via this list.

After you’ve chosen your Pokemon, there’s a couple of commands you should do right away. They are useful to have enabled, so there’s no real reason not to do them.

Challenges are a new addition to the game if you complete all of the challenges you are rewarded with credits.

If you want to battle your fellows, you’ll need to utilize these commands. You can win credits and XP for defeating your dueling partner!

The market allows you to sell and purchase Pokemon. You are buying Pokemon with credits; these can be earned by dueling or selling your caught Pokemon.

10 thoughts on “Pokecord Commands – Starter, Challenge, Dueling and All”