Web Development Languages That You Need To Know About

Technology, and specifically the Internet, plays a vital role in our daily lives. From the highly sophisticated-looking web apps to the static single-page website, every website is a piece of software that a web developer builds.

Being a web developer is an attractive career path for many – In fact, it is one of the most handsome paying careers with high demand worldwide. However, the essentials of custom website development are much less clear. Today in this read, we’ll tell you about the programming languages for custom website development that you need to know before you start planning your career as a web developer. So, without any further delays, let’s start with the basic web development overview. 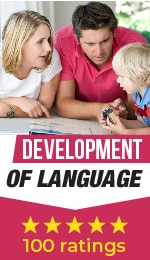 But again, a job of a web developer may not limit up to just programming; they can be UX/UI designers, graphics designers, or even a content writer for that fact.

Let’s talk about the three types of web development.

To make it easier for you to understand – your site elements such as the color palette, fonts, typography, contact forms, menus, and every other visual element are counted in the Front-end.

A backend developer has to make sure and organize data so that everything on the client side works seamlessly without any unnecessary hurdles.

Now you have a good idea of what development is. Let’s move down to the programming languages.

What Are Programming Languages?

Programming languages are an essential aspect of web development. Code is the heart and soul of your website because everything you see on a website, from functionality to even a minor element, is created using code.

Below we have discussed some of the programming languages for frontend and backend development.

Not exactly considered the programming languages but the tools that pretty much determine how the frontend of your website would look at the users’ end.

In simpler words, you can say that HTML is a hypertext markup language that determines your website’s content structure. In contrast, the CSS would determine how it will appear on the screen. These two tools are essential ifyour want to create frontends that look completely stellar.

Another essential of frontend development is JavaScript. It is counted in among the most popular programming languages for the frontend. You will find unlimited JavaScript communities over the web where you can discuss your queries or problems and learn more about them.

JS is scripted in the client browser, where it is used to build an epic user experience for your website audience.In simpler words, if you want to be a frontend developer, then learning JavaScript is a must.

If you’ve learned JavaScript, then learning jQuery would be pretty much a straightforward practice. It is technically a JavaScript library made to simplify the tree manipulation of HTML DOM. Today, it is of the most widely used JS library for frontend development.

Bootstrap is a very common term in the mobile development area. It is a CSS framework widely used for creating websites with a mobile-first or mobile responsive approach. Millions and millions of websites over the Internet today are powered by Bootstrap. By looking at its popularity, it is safe to say that it is a frontend CSS framework that you must practice.

Now, let’s move down to some Backend development programming languages.

PHP is the most important and the most popular programming language for the backend. Developers widely use it to create web pages. If you’re interested in making a career in backend development, then PHP is the language you must start practicing.

Java directly competes with PHP when it comes to the popular backend programming languages. It is an object-oriented language that most developers prefer using to create their websites.

Ruby is another high-level programming language. Unfortunately, it cannot compete with the likes of Java and PHP when it comes to popularity. Also, the global community is comparatively much smaller as well. However, it is still a very useful language that you can leverage to create some feature-packed websites.

The best part about Ruby is that it can even be used to create applications.

An open-source runtime environment from JavaScript that allows the developers to execute their codes outside of the browser. It wasn’t so popular back when it was released; however, that’s not the case anymore as there are many projects where Node.js plays a vital role.

A developer who has a firm grasp on Node.js is highly demanded and appreciated in website development.

There you go. Now you know about some important programming languages that are essential for custom site development. It is also worth noting that you might not need to necessarily work on them as some of them are meant to achieve the same purposes.

To end this, we’d say that website development or website maintenance is a highly professional skill that anyone can have. The best part is that you don’t need any university degree to start your career as a developer – it’s all about a willing mind, tons of practice, and dedication.