What is CMOS and How Does it Works?

CMOS (short for complementary metal-oxide-semiconductor) is usually used to explain the small amount of memory on a system motherboard that stores the BIOS settings. Some of these BIOS settings involve the system time and date as well as hardware settings.

A CMOS sensor is different—digital cameras use it to convert images into digital data. 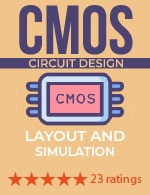 Other Names for CMOS

CMOS is also an abbreviation for other terms unrelated to what’s discussed on this page, like cellular management operation system and comparison mean opinion score.

Most talk of CMOS involves clearing CMOS, which means resetting the BIOS settings to their default levels. This is a straightforward task that’s a significant troubleshooting step for many types of computer problems.

For instance, maybe your system is freezing up during the POST, in which case clearing the CMOS to reset the BIOS settings to factory default levels might be the easiest solution.

How BIOS and CMOS Work Together

The BIOS is a computer chip on the motherboard like CMOS, without that its purpose is to interact between the processor and other hardware components like the hard drive, USB ports, sound card, video card, and more. A system without a BIOS wouldn’t understand how these pieces of the computer work together.

The BIOS firmware is also what makes the Power On Self-Test to test those pieces of hardware and what ultimately runs the boot loader to launch the operating system.

What Is the BIOS?

CMOS is also a computer chip on the motherboard, or more specifically, a RAM chip, which means it would usually lose the settings it’s storing when the computer is shut down (just like how RAM contents aren’t maintained each time you restart your computer). However, the CMOS battery is utilized to provide constant power to the chip.

When the computer first boots up, BIOS pulls details from the CMOS chip to understand the hardware settings, time, and anything else stored in it. The chip typically saves as little as 256 bytes of information.

What Is a CMOS Battery?

The CMOS is normally powered by a coin-sized CR2032 cell battery, referred to as the CMOS battery.

Most CMOS batteries will last the lifetime of a motherboard, up to 10 years in most cases, but will sometimes require to be replaced depending on how the device is being used.

Wrong or slow system date and time, and loss of BIOS settings, are significant signs of a dead or dying CMOS battery. Replacing them is as simple as swapping out the dead one for a new one.

While most motherboards have a spot for a CMOS battery, some smaller systems, like many tablets and laptops, have a short external compartment for the CMOS battery that connects to the motherboard via two small wires.

Some devices that use CMOS involve microprocessors, microcontrollers, and static RAM (SRAM).

It’s important to understand that CMOS and BIOS are not interchangeable words for the same thing. While they work together for a particular function within the computer, they are two entirely different components.

When the computer is first starting up, there’s an option to boot into BIOS or CMOS. Opening the CMOS setup is how you can change the settings it’s storing, like the date and time and how the various computer components are first started up. You can also utilize a CMOS setup to disable/enable some hardware devices.

The Mac equivalent to CMOS is PRAM, which is for Parameter RAM. You can also reset your Mac’s PRAM.

The most important characteristics of CMOS are low static power utilization, tremendous noise immunity. When the single transistor from the pair of MOSFET transistors is switched OFF, the series combination uses significant power throughout switching among the two stated like ON & OFF.

As a result, these devices do not generate waste heat compared with other types of logic circuits such as TTL or NMOS logic, which usually use some standing current even if they don’t change their state.

These CMOS characteristics will enable for integrating logic functions with high density on an integrated circuit. Because of this, CMOS has become the most frequently utilized technology to be executed within VLSI chips.

The phrase MOS refers to the MOSFET’s physical structure, which includes an electrode with a metal gate located on the top of an oxide insulator of semiconductor material.

A material like Aluminum is utilized only once; however, the material is now polysilicon. The designing of other metal gates can be done using a comeback through the arrival of high-κ dielectric materials within the CMOS process.

Q: How do CMOS works?
A: CMOS Working Principle. In CMOS technology, both N-type and P-type transistors are used to design logic functions. As a result, CMOS offers relatively high speed, low power dissipation, high noise margins in both states and will operate over a wide range of source and input voltages (provided the source voltage is fixed).
Q: What is the difference between BIOS and CMOS?
A: The BIOS is the program that begins a computer up, and the CMOS is where the BIOS stores the date, time, and system configuration details it needs to start the computer. CMOS is a type of memory technology, but most people use the term to refer to the chip that stores variable data for the start-up.
Q: How long does a CMOS battery last?
A: The CMOS battery gets charged whenever your laptop is plugged in. It’s only when your computer is unplugged that the battery loses charge. Most batteries will last 2 to 10 years from the date they’re manufactured.