What is full-stack development is and why it is a buzz today?

Therefore, we have attempted to acknowledge the term and which tech stacks are involved, as well as what benefits they are offering.

Penetration of software is in every sphere of our life thanks to increased digitalization.

People are getting familiar with software development and know it terminologies up to an extent.

To fulfill it, I would like to describe the term full-stack development used in the software developers company and the journey to reach it. 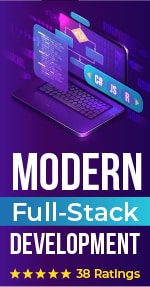 The journey of Software Development

In the era of desktop software development, various programming languages evolved and faded off to dark.

C-class programming languages are sustained in the market and successfully pass through the transformation phase.

Microsoft had gifted its Windows OS to the world with a pack of its own set of programming languages.

Later on, the web development era started, and HTML and its forks have started gaining significance.

CSS and JavaScript have added advancements in it as lower-end web development technologies.

The evolution of server-side scripts has made websites and web applications dynamic and interactive.

Mobile applications have carved a unique path in it and pave the way to the modern software development era.

Where embedded programming, various APIs integrations, and mingling of the web, mobile, and other non-computing devices have started.

What Is Full Stack Development?

To understand what exactly full-stack developers are doing, such services include two parts:

Front-end is absolutely everything that the user observes on his PC. This includes the buttons of the resource, and the forms, and the user’s account on the site, etc. Layout, as well as programming of these elements, is done by interface programmers.

Back end – this is the name of everything that, in one way or another, is connected with the server, with calculations on the server, as well as with the storage of information on it. For example, the results of the issue are generated by the server. These are all tasks for back-end developers.

The front-end and back-end developers have their own technologies and programming languages, and to work with them, you need to know these languages.

So a full-stack programmer is a versatile specialist who can make up the site design, and customize the functioning of forms and buttons, and write the server-side, plus the server itself can be configured.

With all that said I would like to introduce you to the term software stack.

It is a collection of various programs aiming to yield specific results.

It also means when you want to create a software application targeting a domain/industry you need a bespoke software stack or skills.

The components of the stack may differ when you focus on another sector or domain.

Here, I have illustrated the software development journey purposefully, so you can understand why we need full-stack developers more than before.

Our software stack is getting complex with the amalgamation of various web, mobile, and emerging technology updates.

Therefore, the need for software developers and software stacks was limited up to the web development at the initial stage.

Today, we have a number of stacks, which are the most popular, and the market demands expertise in it.

The LAMP stack is a common need for most web development projects when open source is a need.

Tomorrow, she may want to go for IoT application or Artificial Intelligence-powered software.

“Will you start hiring talents in those technologies with increased demands of each stack?”

We know well that hiring and retaining software developers with niche expertise is a costly affair.

Startups and small to medium software development companies cannot bear the burden of hiring a number of front-end, back-end, and database experts to attend multiple projects at a time.

Instead, they are looking for developers who have practical expertise in more than one stack and can yield expected results with minimal assistance.

It has given birth to the full stack development team, which works on the entire project right from designing to deployment with the same developers.

It alleviates needs for niche expertise unless the project is highly intricate.

Following are the ultimate benefits you can gain when you have maximum full stack developers in your teams.

Where to Find a Suitable Full Stack Development Team?

Becoming a full-stack developer is not a short-term process. It requires at least a degree in software or similar engineering.

It demands time to learn the most trendy technologies, frameworks, and coding for various OS. Developers should have opportunities to learn practically appropriate things in the professional environment.

The most important thing is a passion for it and an authoritative guide or mentor to do professional coding.

These ingredients are available in outsourcing companies, working on a range of technologies and having opportunities to do real-world projects under capable supervision.