10 Consistent Actors Who Appeared in all Harry Potter Movies

Harry Potter was one of the best releases between 2001 to 2011. The movie series, which had eight parts sequels, made fortunes for their producing companies. The actors involved also evolved their careers during their time there.

For a long sequel of movies like this one, casts would usually be replaced, but that was not the case with the actors from Harry Potter. The main actors were consistent in the majority of the movies. 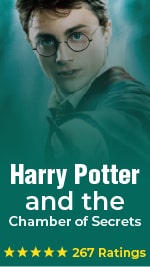 Daniel Jacob Radcliffe, who plays Harry Potter, is an English based actor with many nominations and awards to his name. He has had an extensive acting career that stretches from 1999 to date. Daniel is popularly known for Harry Potter movies but has been involved in more movies and TV series.

Apart from acting, Daniel is also involved in charity works, following his great fortune from his accomplishments in acting. His current TV appearance is in Miracle Workers, a TV series that premiered in 2019.

Emma Charlotte Duerre Watson is reputable for being a talented actress, model and activist. She has gained recognition for her role in Harry Potter, where she played Hermione Granger. To mark her success, she has gotten 71 nominations, out of which she has bagged 24 titles.

Emma has a bachelor’s degree in English Literature from Brown University and is also a strong advocate for women’s rights in the UK. Time Magazine also named her one of the top 100 most influential people in the world.

Rupert Alexander Lloyd Grint is an English actor brought into the spotlight by his famous role as Ron Weasley in Harry Potter. He has had the most outstanding acting career since 2001 and is still active.

Rupert’s career success can be seen from the many awards and nominations he has accumulated over the years. His latest involvement in the TV series, Servant.

Thomas Andrew Felton is known for his vast acting and music career. His role as Draco in Harry Potter boosted his career. Tom has been an actor since he was eight years old and a talented singer as well. He has cultivated his career enough to get him six solid awards in acting.

Tom has involved himself in many movies since his debut, most of which have performed commendably. He has been linked with multiple upcoming films and series releases as well.

Matthew David Lewis made his acting debut in 1995, he rose to fame after being a full-time actor in all Harry Potter movies as Neville. Matthew is of British descent, born in Leeds, England. His acting career has been a success as he has featured in many movies, TV shows and even music videos.

He currently has a starring role in a TV show on Channel 5 called All Creatures Great and Small.

Bonnie Francesca Wright is a well-renowned actor. Her role in the Harry Potter movies made her famous from the tender age of ten. Her other occupations are modelling, directing and she is also an activist. Bonnie has been actively involved in environmental campaigns as well as charity work.

With a degree in filmmaking, her writing and directing role has been almost one-sided compared to acting. This, however, does not mean that she has stopped featuring in some of the best shows.

Famous for his acting role in Harry Potter, James Andrew Eric Phelps has been a professional actor since 2001. He has been involved in many popular shows and has a twin brother, Oliver Phelps, with whom they have done most of their work. This duo also hosts a podcast that is currently three seasons long. Their leading platforms are YouTube and iTunes.

Oliver Martyn John Phelps has played most of his acting career alongside his twin brother James Phelps. Oliver originally auditioned for the Harry potter role without his brother as he had a passion for acting. Their duo is a force to reckon with in the acting profession. He is also a golf fan and globe traveller, as seen on the first podcast they launched in 2017.

Anthony Robert McMillan took up Robbie Coltrane at a young age due to his love for jazz music. His acting career started in 1962. He acted harmoniously with comedy and is significantly known for the two.

His long productive career has seen him achieve one of the greatest awards which Queen Elizabeth awarded him. He was appointed as Officer of the Order of the British Empire, which he got in 2006.

Alan Sidney Patrick Rickman started his acting career at 26 after getting a scholarship with the Royal Academy of Dramatic Art. His unique voice got him many villain roles since the modern classical theatres he started with.

Sadly, Alan Rickman passed on at 69 years in 2016 of pancreatic cancer.

Since getting roles in Harry Potter, the actors have evolved to be great actors and important societal figures. They are involved in fighting for various human rights as well as in a lot of charity work. However, we can still enjoy most of their current work since they still possess the talent and prowess.