How to Cancel Xbox Game Pass Subscription within Seconds 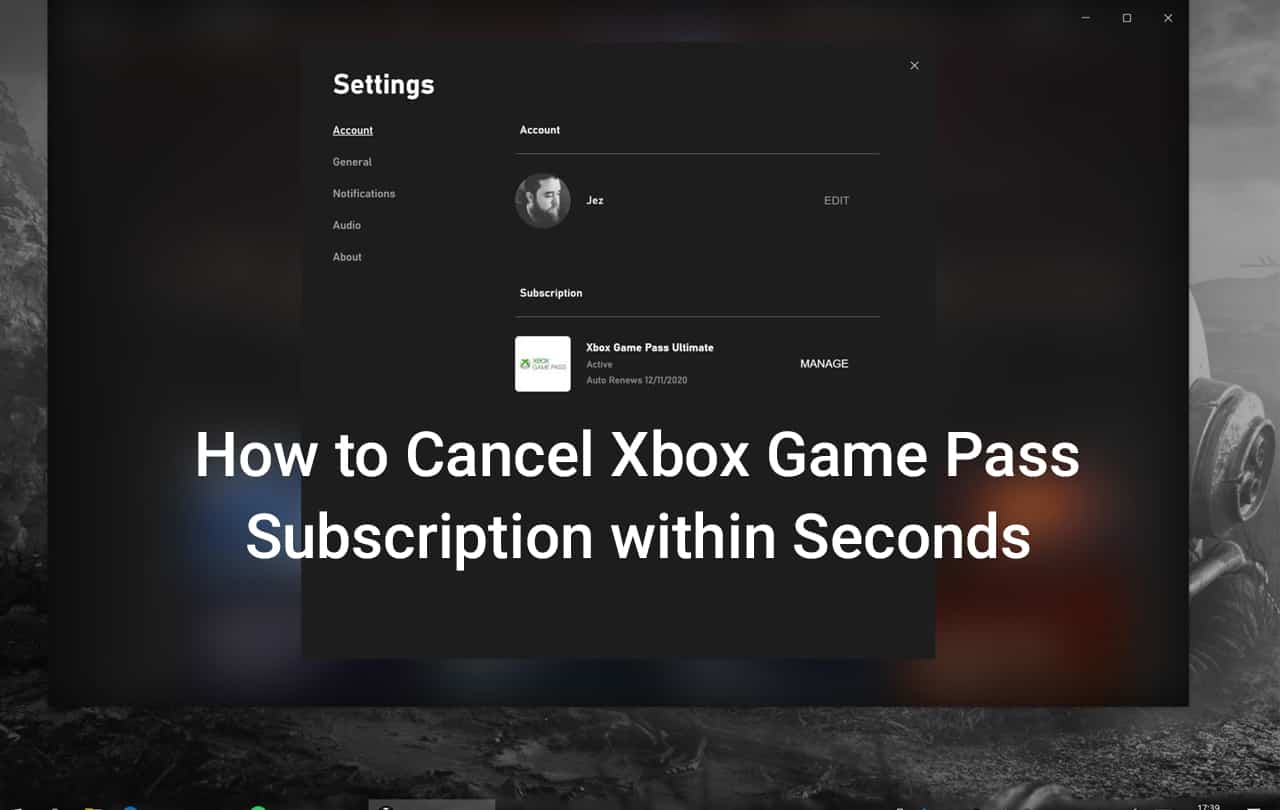 Are you searching for how to cancel Xbox game pass? Before cancelling Xbox Game Pass, remember you’ll miss the access to all games via the service. Unless games have been bought permanently, you’ll need to renew your subscription to play them again.

What is Xbox Game Pass?

Xbox Games Pass gives you access to more than 200 games to download and play on your Xbox One for one monthly fee. Plus, if you upgrade to Xbox Game Pass Ultimate, you also get Xbox Live Gold, Xbox Game Pass for PC, and, soon, access to the Project xCloud cloud gaming service, all for the same price. You can download the games and play them as often as you like, as long as you continue to pay the monthly fee.

Some titles might become unavailable as others are added, but you also can buy any of the collection outright at discounted prices. Xbox One, Xbox 360 and original Xbox games are part of the line-up, the latter two through backward compatibility, so there are plenty of top titles.

Xbox Games Pass Ultimate is priced at $14.99/£10.99 a month. You can cancel at any time. As mentioned, it includes Xbox Live Gold and Xbox Games Pass for PC. Plus, when it is officially released, Microsoft’s cloud gaming service, Project xCloud, will also be available as part of Ultimate at no extra cost.

How to Cancel Xbox Game Pass

What Will Happen if You Cancel the Xbox Game Pass Subscription?

However, if you had purchased any of the games, then they will remain accessible to you. Also, you do not need to worry about losing the progress you had made in particular Xbox games when you unsubscribe the Xbox game pass.

You will resume from where you left off in those games once you subscribe to it again. Your achievements that you made while playing the Xbox will remain with you even after you unsubscribe the Xbox game pass.

Q: Can I cancel the Xbox game pass after $1?
A: They should give you the option as soon as you make the purchase, but no, you have to log in online separately and do it. You can’t even drop the sub or turn off auto-renew while on the Xbox.
Q: Do you keep all the games if you cancel Xbox game pass?
A: If your Xbox Game Pass subscription expires, it will remain installed, but you won’t be able to play it until you either subscribe it again or purchase the game. You don’t get to keep games you download via Xbox Game Pass—you miss the access to them when your subscription stops.
Q; Does game PASS ultimate replace Gold?
A: A purchase of Xbox Game Pass Ultimate automatically upgrades your current Xbox Live Gold or Xbox Game Pass memberships to Xbox Game Pass Ultimate.

It only takes a few seconds to cancel an Xbox Game Pass or disable automatic renewal. Given that Microsoft has been offering two months of Xbox Game Pass for 2$, it’s likely that loads of new gamers are checking out the service. Share the post if you get the appropriate information and share your valuable thoughts and suggestions in the comment section below.

Follow me
Latest posts by hitech work (see all)

The Best Smart Sockets and Smart Plugs for 2020