NVIDIA Low Latency Mode: How and Why To Use It 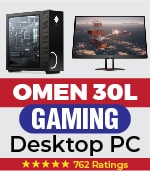 What Is Meant By NVIDIA Low Latency Mode?

GPUs render frames for graphics engines, graphics engines render them for the PC, and then the PC displays them. NVIDIA reveals that this feature builds upon a feature that has been part of the Control Panel for over a decade, Maximum Pre-Rendered Frames. In this way, you kept the rendering queue from becoming too crowded.

Frames are submitted to the render queue just before they are needed by the GPU in Ultra-Low Latency mode. According to NVIDIA, this is just time frame scheduling. NVIDIA claims it will reduce latency by up to 33% by using the Maximum Pre-Rendered Frames option even further.

All GPUs can be used with this. However, it only runs with games running with DirectX 9 or DirectX 11. NVIDIA graphics drivers are not responsible for queuing frames in DirectX 12 and Vulkan games, which means the games decide when to queue frames.

However, we would suggest testing it on your system to experiment to find which modes help your configuration!

The different settings do not conflict or complement each other. Our upcoming article will look deeper into each of these tweaks and provide some advice on how to experiment.

Enable some overdrive: For faster pixel response time, use moderate overdrive. As a general rule, we recommend starting at the first level of overdrive, which is the “normal” setting for most monitors.

On the on-screen display of your monitor, you can find this setting in its settings menu. It is important to weigh out the benefits of overdrive with any distractions it might cause.

How To Turn-On The Ultra-Low Latency Mode On Nvidia?

For this feature to work, you’ll need NVIDIA’s graphics driver version 436.02 or newer. The latest graphics drivers can be downloaded directly from NVIDIA’s website or through the GeForce Experience application. Follow the detailed guide below to enable the Ultra0Low latency mode on Nvidia GPUs.

There are several benefits of ultralow latency mode and you can enjoy a smooth gaming experience with no lags in the game at all. The benefits are uncountable when you get this thing done. The method is quite simple and anybody can do it anytime.