The cell phone is the most common digital device that everyone uses not only for communication but for other things like data sharing, taking pictures, finding directions using maps, social media usage, and much other stuff.  Believe it or not, almost everybody is somewhat obsessed with their phone. The entire day and the working are dependent on the phone nowadays. What if, your phone not working in the middle of work?

These cell phones are machines and machines are not invincible. They have limitations as that can cause the Cell phones, not working issues. In this article, we shall discuss the major phone issues and how to solve the issues if your phone is not working. 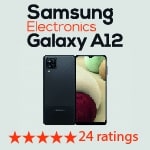 This is the first and the most common cell phone problem people face. Most of the time people complain that their cell phones are running slow. A cell phone gets slower when it gets older, and when you put many apps that compromise the capacity of the cell phone.

To solve the first Phone Not Working issue, just buy a new cell phone, and to solve the second issue delete the power-intensive apps from the cell phone to release storage space and memory. It will make your cell phone work faster. If these two solutions do not work, a third solution is also here; just factory reset your cell phone. It will resolve all the issues in the cell phone slowing issues.

Another reason for your Cell Phone Not Working properly might the storage space. Sometimes people install too many unnecessary apps that halt the cell phone speed. Installing too many apps can cause your cell phone to cry about running on low-space.

Another reason why cell phone issues occur is the unlimited amount of photos and videos. Some people are fond of taking pictures and making lots of videos. Pictures do not occupy much of the space and, but videos occupy more space.

To solve the storage space issue, I would suggest you delete unnecessary apps. I would also suggest you move your precious photos and videos to your computers or laptops.

Cell phone battery problems are dependent on many factors and a couple of them are non-stop use, and power-intensive applications running in the background. There could be the age of the cell phone. As the cell phone gets older its performance starts to fall off.

Cell phone getting heated is another issue people face whenever they are playing games or using some power-intensive apps. Moreover, excess usage of a cell phone can cause this heating issue.

Another reason why the phone may be getting heated is you may be using an app or playing a game that may be exceeding the processing capacity of your cell phone. Therefore, it is recommended that you should stop using power-intensive and heavy applications.

If your cell phone not working then there is no need to worry. However, no one likes their cell phones creating issues during everything like making calls, taking pictures, making videos, and playing games. With these solutions discussed above, you can solve the issues and make your cell phone work again with proper functionality.