Samsung to launch Galaxy S21 smartphone on 14th of January 2021 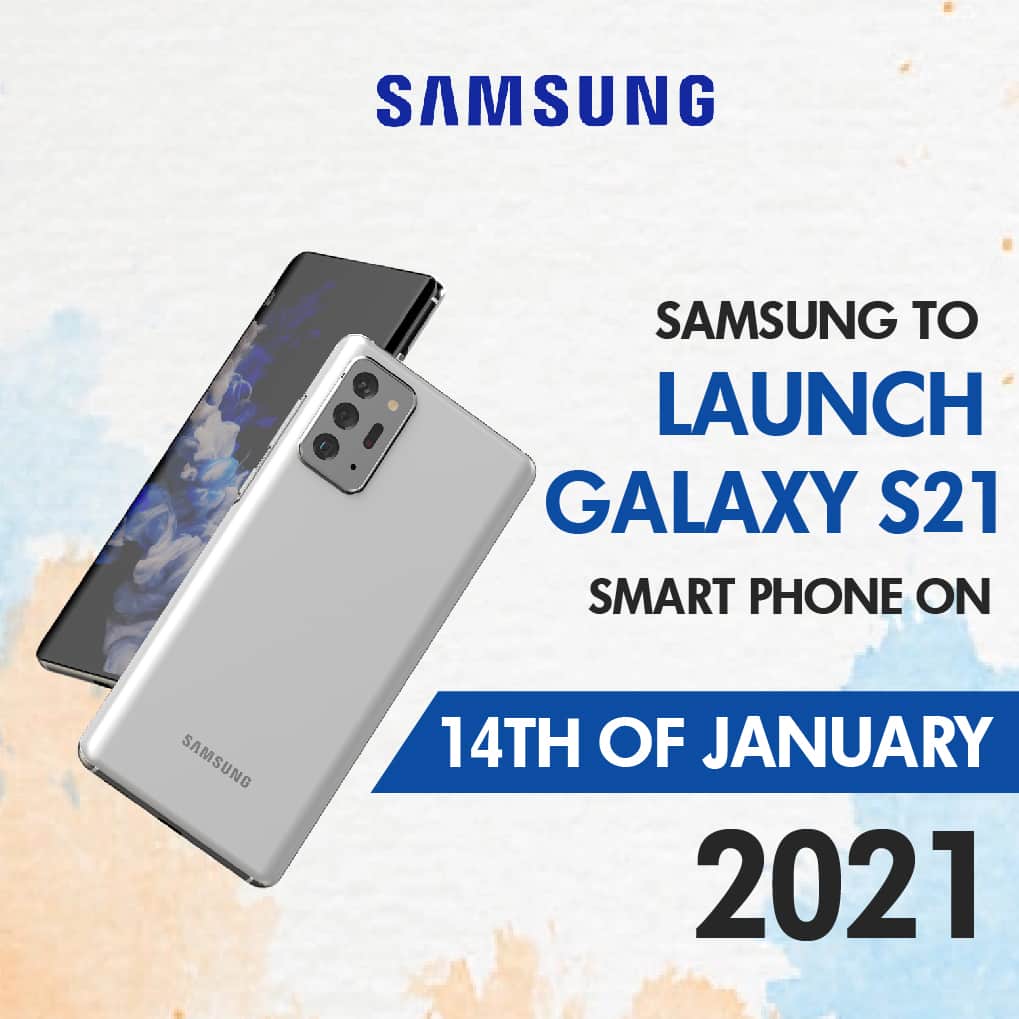 Samsung is expected to launch its newest Galaxy S21 flagship smartphones a little earlier than usual this year. Said on Monday, the announcement shall be held on January 14th, 2021.

The event will broadcast on the official website of Samsung at 10 am ET, next Thursday. Said the invitations sent out by the largest smartphone firm in the world.

Samsung is the electronic giant of South Korea, usually releases the Galaxy devices around February, during the Mobile World Congress Trade show.

The launch is taking place the same week as the digital-only CSE-2021. The CSE-2021 is the biggest technology show of the year where every company displays their latest products.

The reports circulating the media suggest that currently there could be three smartphones Samsung will be announcing this year. The phones could be Galaxy S21, Galaxy S21+, and Galaxy S21 Ultra. Samsung, however, did not reveal any of the details officially in the January 14th invitations.

The smartphone sales also boosted the earnings of the South Korean tech company in the third quarter of last year. Moreover, the company had predicted that there will be tough competition in the smartphone market because of the release of Apple’s iPhone-12 and iPhone 12-pro as well.

The head of the cell phone communication business and the President of Samsung, Mr. TM Roh, also mentioned in a blog post that Samsung is going to grow the foldable smartphones portfolio even further to make it accessible to everyone in 2021.

Currently, the foldable smartphones, however, are the expensive ones in the Samsung smartphone family. The Samsung Galaxy Z-flip will cost you around $1400. That’s a lot of money.

Mr. TM Roh also gave a teaser about the pro-level camera and Video capabilities to be improved in the new Samsung smartphones. Furthermore, the features of Galaxy Note 10 might be added to other cell phones as well.

Samsung founded in 1969 is known to be the largest cell phone maker in the world. Samsung holds a lion’s share in the smartphone and tablet market and is among the dominating names around the world. The latest cell phones need no introduction. There are different series offering reliable and multifunction cell phones at different price ranges. Samsung Electronics raised its share in South Korea by 2.47% on Monday.