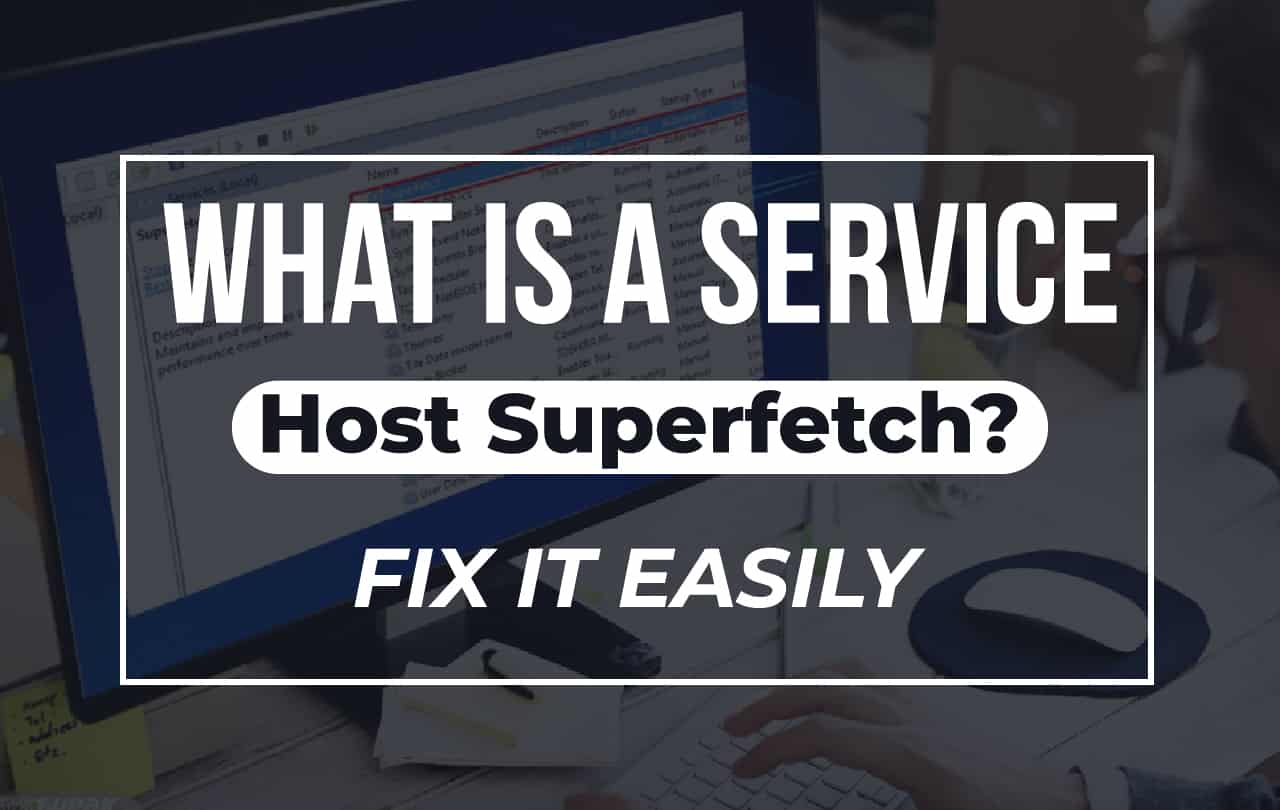 So let us help you understand what it does and why it was introduced to make your solution process a lot easier than you think.

What is a Service Host Superfetch?

Service Host Superfetch is a service of windows which is available from Windows Vista and then to the following OS versions. This component helps the Windows operating system to efficiently manage and implement different services so that the apps which are installed in your system can function efficiently without any lag in the performance.

It does so by pre-loading apps and programs you frequently use into RAM so that they don’t have to be called from the hard drive every time you run them. Fetching and storing the data from the RAM is much faster when it is compared to the speed that is involved in the case of a hard drive. With the help of SuperFetch service, users are capable to open their most common apps in a quick snap.

Besides it, to make things worse, this issue can also be caused by a memory leak in the non-paged pool of memory. Earlier, Microsoft used to have .exe files to manage the routine patterns. Now DLL files are used due to the added profits of managing them and reusing them in a better way.

What Does Superfetch Do?

The first outcome of superfetch being overzealous will result in the shut-down of your system. Because when troubled, Superfetch will force apps to start-up and work on time. Instead, it just shuts down with all the chaos. Another consequence of Superfetch being upset can result in your system slowing down.

Look at the important ways by which SuperFetch makes it easy and possible to deliver the users with a much faster processing and usage speed.

Now we are going to discuss how the high disk usage issue is the cause and the solutions which will help you get out of it.

Superfetch is similar to a drive caching. The service helps to copy all the memory of the commonly used filed to the system’s RAM. That is the cause of why the programs are able to boot much faster when you use them. But there is a big problem in this service which appears when you are not running on a sufficient or latest hardware to support the caching. In such a case, the Service Host Superfetch will produce a high amount of disk usage.

Superfetch issue is neglected by many, but it can sometimes be really alarming because due to the high amount of disk usage, the system responds in the maximum ability to the I/O requests that the service makes. It then tends to clean the memory of the RAM and then starts copying the new files which have been recently accessed by the user.

Once the disc overhauling has been finished the service will automatically slow down and clear of the memory for other applications and also effectively reduce the disk storage on board.

Another way of optimizing and taking your system out from this problem is by freeing up Windows 10 memory and restarting the computer. You can efficiently do so by using the Windows Cleaner or any other third-party app. Once the junk and cache files are emptied, you can restart the system so that it can normally run once again.

You can also check for any latest software update that Microsoft might have launched for your version of Windows. If there is any system update, do it as soon as possible, and you might get rid of the problem easily.

Even if your drive seems appropriate acting as a chronic overachiever, keep in mind that 100% disk usage is not something for you to take pride in. Your disk working at or near 100% causes your computer to slow down and become laggy and unresponsive. As a result, your computer can’t perform its tasks properly.

How to disable it From Services?

After knowing that there are high possibilities for your Service Host Superfetch to cause high disk usage, you might come down to this question, Should I disable SuperFetch in Windows 10? When it comes to disabling the SuperFetch on your system, there are several ways of completing the process.

You can disable it easily from here. With this method, you can select to disable any service which is causing trouble in your computer system.

Q: Can I stop service host superfetch?
A: Service host Superfetch is purely a <a href="https://www.hitechwork.com/how-to-fix-stop-code-memory-management-error/">memory management</a> process. When you notice that it’s always causing high disk usage, you can disable it; and it won’t cause system instability.
Q: What is the Superfetch service?
A: Superfetch is a Windows service that is intended to make your applications launch faster and <a href="https://www.hitechwork.com/improve-wordpress-speed-google-website/">improve your system response to speed</a>. It does so by pre-loading programs you use many times into RAM so that they don’t have to be called from the hard drive every time you run them.
Q: Can I disable the service host?
A: The Service Host uses the internet for two purposes: Updating Windows Store Apps: You can disable it, just follow these steps: Open Store ->Settings -> Switch off ‘Update Apps Automatically’ Downloading System Updates: What you can do is stop the updates not permanently.
Q: Why is service host superfetch using so much?
A: Superfetch is like drive caching. It copies all your generally used files to RAM. This allows programs to boot faster. However, if your computer doesn’t have the latest hardware, Service Host Superfetch can easily cause high disk usage.
Q: Is it bad to disable Superfetch?
A: Is it safe to disable Superfetch? Yes! There is no risk of side effects if you decide to turn it off. Our recommendation is that if your computer system is running well, leave it on.
Q: Does Service host a virus?
A: Is svchost.exe a virus? No, it is not. The true svchost.exe file is a safe Microsoft Windows computer system process, called “Host Process”. However, all the writers of malware programs, such as viruses, worms, and Trojans deliberately give their processes the same file name to escape detection.

If you still didn’t get the issue we would like to suggest you find technical help so you can get the desired support. It is only because of this service we are able to quickly open regularly used applications and other important data too. There can be an impending issue with your system which you should thoroughly check by taking professional help.

Over the years superfetch has drowned a lot of attention because of messing up the disk space. There are lots of truths and myths about service host superfetch which should be clean and clear in your mind. Share your thoughts and suggestions in the comment box section below.