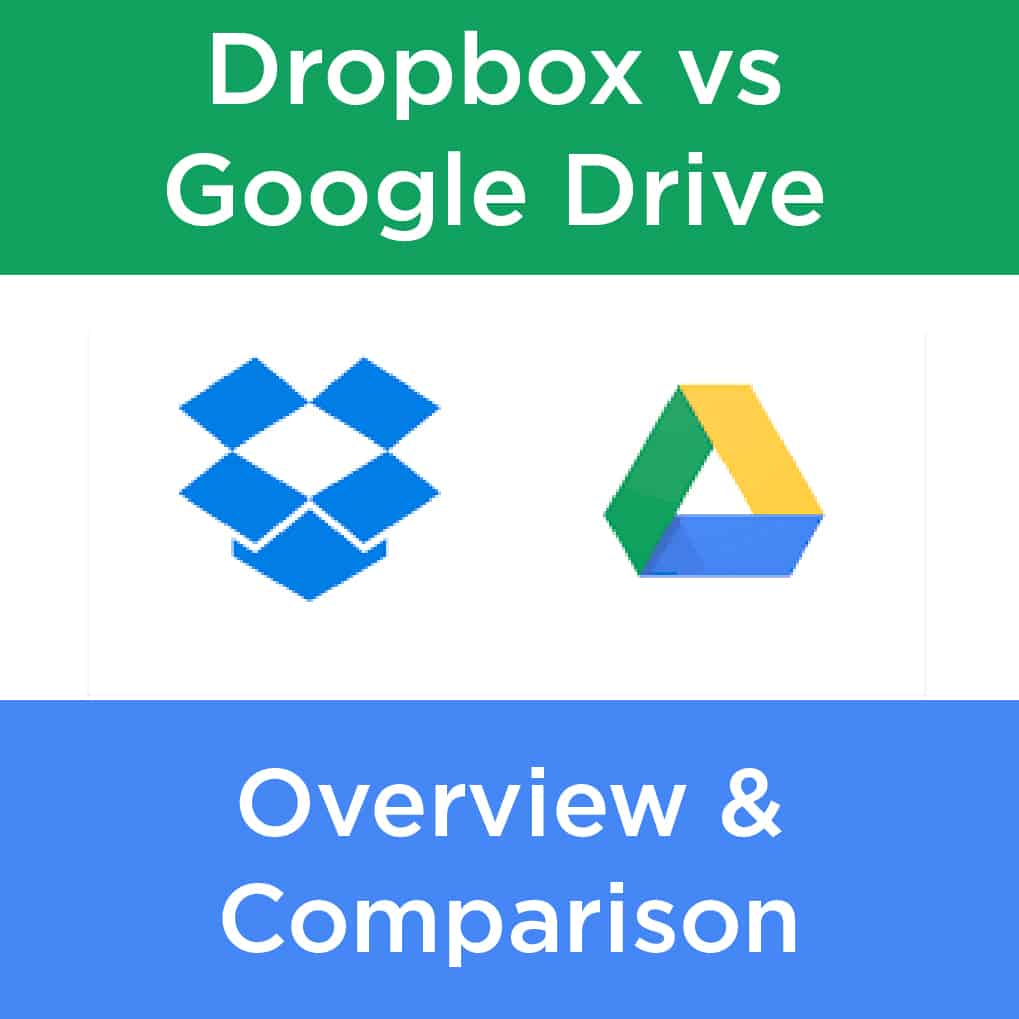 This is the Comparison guide on Dropbox vs Google Drive. In a head-to-head matchup, it’s difficult to place a bet on Google Drive vs Dropbox. Both are excellent cloud storage services with plenty of space and free options for those who don’t need enterprise-level cloud storage.

They both offer many standard features, including backing up files to the cloud, syncing files across devices, and letting you share your files with other people. At first sight, they seem to be the same service, just from different companies.

However, Google Drive and Dropbox do have their variations. If you’re questioning which is best, you’ll want to dive deeper into how they sync, back up, and share your files — not to mention their varying security measures. Here’s a look at how they stack up against each other in five key areas.

Google Workspace has always been mobile-first and cloud-centric. Google Drive furthers that ethos. It was the first to go beyond cloud storage to include file sharing and collaborative editing. Google Drive files can be shared with anyone on the web, anyone with a link, and specific people (requires a Gmail account sign-in).

Sharing permissions include view, comment, and edit. There is no support to password protect or set expiration dates for links. The file size limit is 1 TB, but that depends upon the file example. Google Drive’s simple, intuitive interface is easy-to-use and needs minimal adoption effort.

Dropbox’s file-sharing capabilities are similar to OneDrive. You can restrict access to your file links with passwords and set expiration dates for shared links. The sharing file size is limited to 100MB on free accounts, 2GB for the Dropbox Plus plan, and 100GB for the Dropbox Professional plan.

“Dropbox it” – we’ve all said that. While it’s synonymous with file-sharing, Dropbox depends on the Microsoft 365 or Google Workspace suite of apps for its optimal mode.

With Google Drive’s stress on anytime-anywhere-anyhow access, you can sync your files on applications on any platform, including Mac, PC, iOS, and Android. You can also access your files offline; however, you need the Backup and Sync app, and the files/folders have to be tagged explicitly as such.

Google, however, does not use block-sync. Block-sync enables faster syncing by splitting up each file into smaller pieces and only syncing delta changes. Google also does not provide a quick sync option to view or download online files only for a specified duration, thus freeing up local storage space.

Dropbox pioneered the file sync model, and it holds its mastery of synchronization. Apart from Mac, Windows, iOS, and Android clients, Dropbox also has a Linux client. In addition to the selective sync option and the block-sync, Dropbox also allows you to set files as “online-only.”

Whereby, even though the files are evident on your computer’s Dropbox sync folder, they are just placeholders and won’t take up space on your drive. Dropbox aces sync speed with smart options like the LAN sync, which hooks onto the LAN for faster syncs.

The Google ecosystem is vast with applications for your business and collaboration needs such as Gmail, Calendar, Meet, Chat, Docs, Sheets, Slides, Forms, Keep, Currents, and Sites. Apart from that, it has phenomenal integration with third-party apps and services from media players, photo/video editors, and accounting software.

Dropbox Paper is an introductory notes app that falls short compared with the features of Google Docs or Microsoft Word. As far as cross-integration, Dropbox works with files from both Microsoft 365 and Google Drive.

Dropbox Business plans include the Standard plan at $12.50 with 5 TB storage and the advanced plan at $20 with unlimited storage.

Q: What is the variation between Google Drive and Dropbox?
A: Dropbox and Google come at the equal problem from different angles. Dropbox concentrates on syncing your files across devices and backing them up to the cloud. On the other hand, Google Drive starts with a suite of office software that allows you to create and store files on the web.
Q: Is Dropbox the best cloud storage?
A: Dropbox offers version records for up to 180 days. Dropbox performs our list of the best cloud storage for versioning, alongside Sync.com and Google Drive. OneDrive limits version history to 30 days for private accounts. For business accounts, the error is to store up to 500 versions.
Q: Why is Google Drive so slow?
A: As your browser wares more cache and cookies, it could slow down. Removing the cache and cookies can fix issues with things taking longer to load. See Clear cache & cookies. Browser extensions and plugins can sometimes cause difficulties with <a href="https://www.hitechwork.com/how-to-make-a-brochure-on-google-docs/">Google Docs</a>, Slides, Sheets, or Forms.
Q: Does Google Drive delete old files?
A: To remove your Google Drive files, move them to the trash. Files in the junk will be automatically deleted after 30 days. You can restore files from your junk before the 30-day time window. You can also permanently delete them to remove your trash.

In the clash of Dropbox vs Google Drive, the best cloud storage service is Dropbox, by a nose. It just edges out Google Drive depends on security. Still, its slightly more comfortable file sharing and faster syncing also do it a better service, particularly for those who collaborate on many documents.