Popular Google Doodle Games You Should Play in 2021

It is common for these games to last anywhere between two and twenty minutes, with some lasting even an hour. We have gathered some of the best Google Doodle games available today, in no particular order. 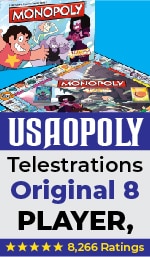 The 1980s’ arcade classic Pac-Man kicks off our list, which makes sense since it has such a timeless quality. In celebration of Pac-Man’s 30th anniversary, Google released this Doodle on May 21, 2010. Enjoy some dots, assorted fruits, and maybe even a ghost or two while experiencing nostalgia.

This game requires the player to remove all of the dots from the stage while avoiding the ghosts. You will lose the game if you are touched by a ghost. Pac-Man can be controlled with the arrow keys on your keyboard. Click on “Insert Coin” twice when you have a friend who wants to play with you and Mrs. Pac-Man appears! Ms. Pac-Man can be controlled by pressing the keys A,S,D, and W.

What better way to celebrate Independence Day than with some good ol’ fashioned baseball? A Google Doodle celebrating baseball launched on July 4, 2019. The game is even more ‘merican since you play as various foods you might find at a baseball game, such as hotdogs and nachos, while the opposing team is peanuts.

A randomly selected food item is placed on the plate at the beginning of the game. Whenever the pitcher throws the ball, you can swing the bat by pressing the Spacebar. As you score more points, the pitch will become faster and more effective. The game ends when you strikeout. See how many points you can score!

This single-player time-passer lets you shoot hoops in keeping with the sports theme. The Doodle run was actually part of a four-day event, during which you could test your soccer skills, canoe slalom skills, and soccer skills. These games were played more than one billion times in four days, according to Google Doodle lead Ryan Germick.

It’s easy to play-just hold down the spacebar to accumulate strength, and then release it to shoot. Overbuilding your strength (or not developing enough), will lead to you missing. Try to catch as many balls within 30 seconds as possible!

The Google Doodle team released Coding for Carrots to commemorate 50 years of Kids Coding. By dragging and dropping building blocks, this easy to play game introduces kids to the concept of coding by sending the rabbit in the right direction to collect carrots.

An arrow points in the direction of each block. As the rabbit crosses the platform, players must add the correct sequence of blocks to direct him across the platform to collect as many carrots as they can. There are multiple levels.

Since 1974, the Rubik’s Cube has been made up of six colors, six sides, and 54 squares. Google released the Rubik’s Cube Doodle in 2014 to celebrate 40 years of frustrating people around the world.

The objective of this game is to get each side of the Rubik’s Cube to be the same color by rotating and twisting the blocks. If you wish to play the Google Doodle version, click and drag your cursor to spin the blocks or rotate the Rubik’s Cube. Good luck!

Mail delivery service Pony Express operated in the 19th century. This was the first successful delivery in 1860. In honor of Pony Express history, the Google Doodle team shaped a neat Pony Express game where you collect mail on horseback while dodging obstacles.

The pangolin is one of the most trafficked animals in the world and is threatened with extinction by poachers hunting them for meat, medicine, and fashion. Google created a love-themed Doodle on Valentine’s Day in 2017 to raise awareness of the endangered pangolin.

The pangolin Google Doodle is a side scroller akin to Sonic. You can move the pangolin with the left- and right arrow keys, and you can jump with the spacebar. Make your way to the finish line before time runs out and collect as many items as you can.

Halloween 2016 brought us Meow-loween, a spooky Google Doodle created to celebrate the holiday. A cat named Momo must save the School of Magic from the onslaught of ghosts in Meow-loween.

Ghosts in the game are identified by symbols on their heads. The player must drag their mouse across the screen to draw the symbol on the screen to send the ghost back to the realm of the unknown. It’s important that you move quickly, because as you play longer, more ghosts will appear!

Doodle Champion Island Games is one of the longest Google Doodle games to date, taking two hours to complete. It was originally slated to be released during the 2020 Olympics, but due to the pandemic delaying the event for an additional year, the Google Doodle team had more time to work on it, making it even more entertaining than planned.

Explore the world map by moving your character and approaching each challenge as you see it. You must read the instructions carefully for each game because the controls are different. See if you can make it to the top of the leaderboard by competing in all the competitions.

Want to launch garden gnomes several meters across a garden with a catapult? Now’s your chance! Google Doodle offers a bit of background on garden gnomes, including their origins and how they’re made.

The goal of the game is to hurl the gnomes as far as possible across the garden from your catapult. The further you throw them, the more flowers they plant. The spacebar prepares the catapult, and then the gnome is released by pressing the spacebar again. Your release timing will determine how far you can sling the gnome.