All humans make mistakes from time to time, and those mistakes appear in different spheres. Thus, students make mistakes in writing, and they cost them a lot of vital grades. As a result, youngsters spoil the average academic score. The issue seems to be hopeless, but it’s not so!

Lauren Bradshaw, a skilled blogger, and a professional essay writer from CustomWritings, a writing service, knows a lot about making mistakes and how to avoid them. “Errors during writing are inevitable, and even the best of the best make errors. Fortunately, this issue can be helped. It’s necessary to define the typical errors, memorize them, work them out, and thus to avoid.” The solution is actually smart and simple. Therefore, our guide highlights 10 common errors in writing to help students deal with them for good. 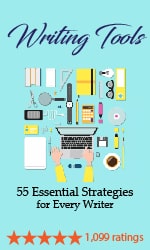 One of the most typical errors is called sentence fragments. It occurs when students do not follow grammar and punctuation rules. A lack of a single comma may spoil everything. Let’s check it on a good example:

The wrong placement of modifiers is another typical error. If you want to modify the sentence correctly, be sure to place modifiers right near the words they describe. Take a look at the examples:

Oftentimes, students mess up the main message of their sentences because they choose an inappropriate word. Students are inattentive or simply do not know the meaning of the word. Here is a good example:

“Did you catch my illusion of the movie in my essay?” The context of this sentence means that the author made a reference to a certain movie in an essay. However, the word “illusion” means a perception of reality in the wrong way. In the meanwhile, the word “allusion” will perfectly suit this case because it means a “reference.” As you can see, a change of only one letter may negatively affect the entire message.

The use of commas is one of the greatest challenges and headaches of many people. Even famous writers frequently use the help of skilled editors to check the comma placement. The overuse or a lack of a comma may spoil the sentence. It is hard and long to provide examples related to this error. Therefore, we will simply mention that some students place unnecessary commas, and some forget to place them when they were needed. Always reread the rules of comma placement to avoid this error.

At times, students forget to add a word when it’s required in the sentence. Perhaps they simply write the lacking words in their minds. The lack of certain words may fully change the meaning of the sentence. However, it commonly makes the sentence grammatically incorrect. Check the examples:

Many students mess up the meaning of pronouns and so apply them incorrectly. People frequently mess up – they, this, that, and other pronouns. For example, take a look at the next examples:

Some folks do not understand when an apostrophe is applicable. The most typical mistake is related to “it’s” and “its.”

Oftentimes, students confuse certain pairs of words. They may be pronounced in the same way, but they are written differently and surely have a different meaning. We’ll provide a few examples of such pairs:

Incorrect Shift of the Verb Tense

The tenth common error is related to the use of quotes in essays and other academic papers. Students integrate them incorrectly in several ways. Make allowances for them:

These are 10 common errors in academic writing. Make sure you memorize them all. Thus, you will easily avoid them and won’t lose many important grades. We also recommend looking for other common errors in writing. If you identify other weak places, you will be armed with the necessary warnings. Afterward, work out the troublesome issues. Remember – err is human, but correction is divine!