How to Install ExpressVPN on Firestick and 1st Generation FireTV 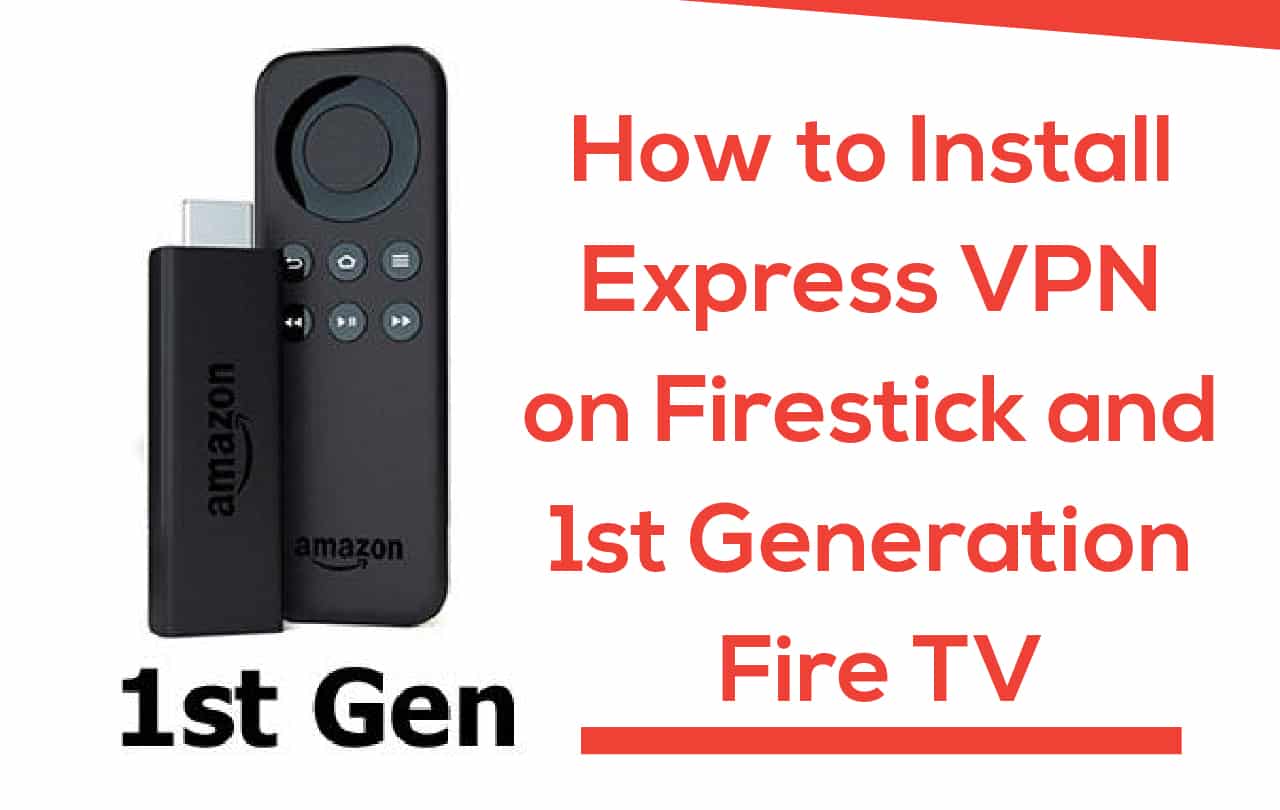 Are you exploring to know how to install expressVPN on firestick? ExpressVPN is one of the most popular streaming VPN services. The VPN is known for its excellent functionality and incredible speeds that let users stream content in HD without buffering.

ExpressVPN has a bespoke app for the Amazon Firestick, a popular device used by cord-cutters worldwide. You can maximize your Firestick streaming expertise by installing the application on Firestick and making geo-restrictions, online monitoring, and ISP throttling a thing of the past.

How to Install ExPressVPN on Firestick

First of all, ExpressVPN has recently released an app that is fully functional on Amazon FireStick. Previously, the ExpressVPN was mainly intended to work on Android phones and tablets. That means that the app would appear distorted on your TV screen.

A USB mouse was also required to navigate through the ExpressVPN app since you wouldn’t be able to use your FireStick remote to do so. That is no longer the case. You can now utilize the ExpressVPN app on your Fire TV Stick without any issues. IPVanish or BulletVPN are other top VPN service providers you can utilize on Amazon Fire TV as well.

Here’s how you can set up ExpressVPN on Amazon FireStick:

Navigating to the left brings up a menu where you can manage your account, tweak settings, refer a friend, and set up other devices.

Can I Install ExPressVPN On 1St Generation Firestick?

Unluckily, VPN apps do not work on first-generation Amazon Fire TV. You can connect to a VPN server, but you will lose your Internet connection once you do so. This isn’t due to the VPN app itself, but rather due to the FireStickitself’s limitations. To get around this issue, you can use one of the following solutions.

Android TV and Amazon Fire TV sticks share a lot in common. They are both based on the Android operating system and will run many of the same apps. The main difference is that Android TV is tied to Google services, whereas Firesticks are connected to Amazon services.

Fire TVs have no access to the Google Play Store, for example, and Fire OS runs exclusively on Amazon’s Fire devices line. No matter which one you have, ExpressVPN will get the job done. It makes an app for both Fire TV and Android TV.

How a Firestick works with a Smart TV

Smart TVs can work with apps and streaming services, much like a Fire TV Stick, but most don’t support VPNs. You can still use a Firestick with a smart TV the same way you would any other TV.

Plug the Firestick into your TV’s HDMI port and switch the input respectively. The exact process will vary by TV, but it usually just takes a few clicks with your TV’s remote control. Be assured the Fire TV has USB power as well.

Once you switch over to the right HDMI port, the Fire TV should turn on automatically. You can then command it with the Fire TV remote.

Q: Does ExpressVPN work on Firestick?
A: ExpressVPN has started an app tailor-made for Amazon Fire TV devices, and you can get it now on your second-generation-or-later Firestick, Fire TV, or Fire TV Cube. This lightweight VPN app can unblock geo-locked streaming services and hide your viewing action from your ISP and other snoopers.
Q: Which is better IPVanish or ExpressVPN?
A: When it appears to connect speeds for streaming movies and shows, ExpressVPN takes the lead, but when it comes to online security, IPVanish surpasses for supporting more security protocols. Both providers are bound with features in their Android apps.
Q: Is VPN necessary for Firestick?
A: Everyone should consider using a virtual private network (VPN) to keep their data out of the reach of ISPs. Somebody who plans to stream illegal content with their Fire Sticks may also need a VPN. To be clear, we do not support or condone using a VPN to cover up criminal activity.
Q: Is there a free VPN for Firestick?
A: Windscribe is the best free VPN for Firestick, and it’s also the overall best free VPN of 2020. Here’s Windscribe’s VPN app for Firestick. Unluckily, free users can’t use the Windflix server to watch Netflix. The free version of Windscribe is safe, secure, fast, and reliable.

ExpressVPN is undoubtedly one of the best VPN options for Firestick and my personal favorite. It is an all-around product that you can use for privacy and security and unblocking restricted content.

You can use the above-described guide to install ExpressVPN on your Firestick or Fire TV. The Firestick app is designed to be remote-friendly so that you won’t have any issues using it. Share your valuable thoughts and suggestions in the comment box section below.