What is NVIDIA Low Latency Mode & How to enable it? 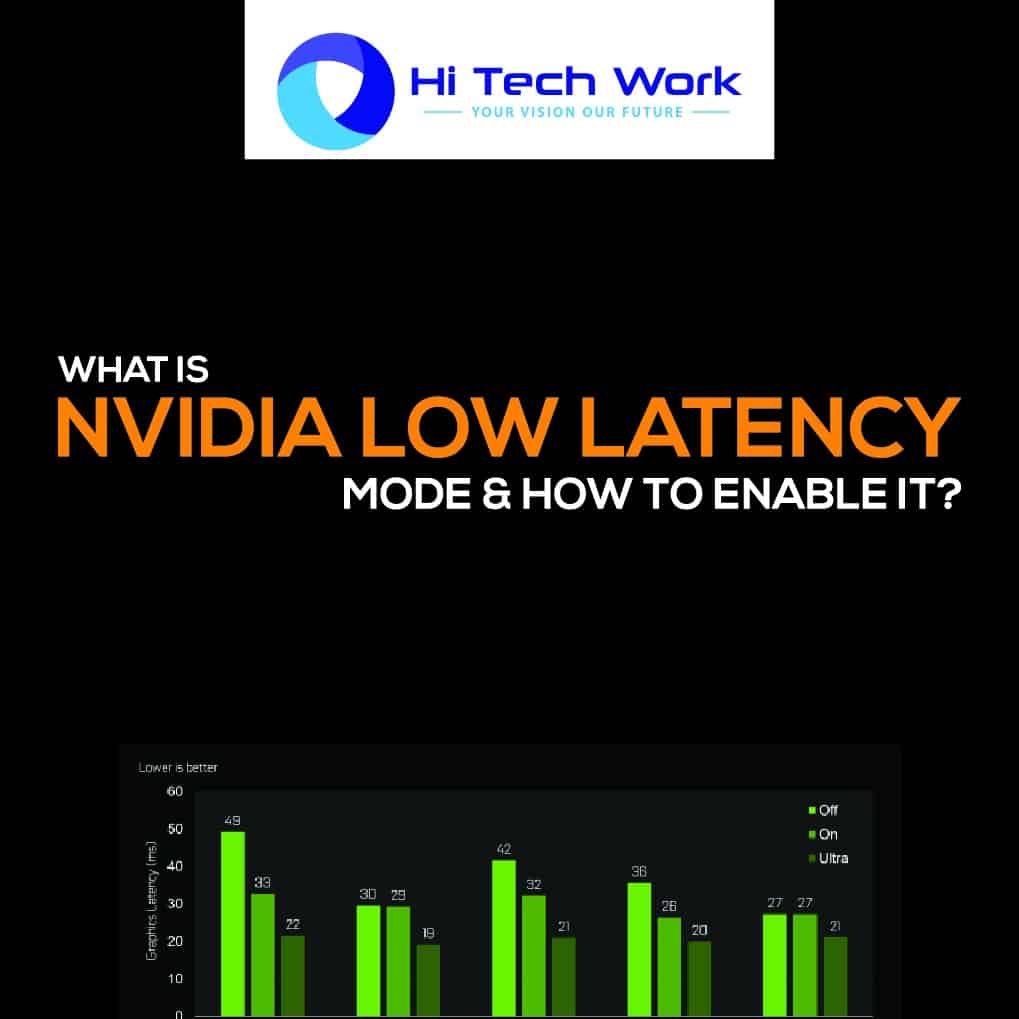 With the NVIDIA low latency mode, frames are submitted into the render queue just before the GPU needs them. Besides, NVIDIA says that it will further reduce latency by up to 33% over only using the Maximum Pre-Rendered Frames option.

What Is NVIDIA Low Latency Mode?

Graphics engines queue frames to be rendered by the GPU, the GPU renders them, and then they’re presented on your PC. As NVIDIA reveals, this feature builds on the Maximum Pre-Rendered Frames feature that’s been found in the NVIDIA Control Panel for over a decade. That enabled you to keep the number of frames in the render queue down.

With the Ultra-Low Latency mode, frames are submitted into the render queue just before the GPU needs them. This is just in time frame scheduling, as NVIDIA terms it. NVIDIA says it will “further [reduce] latency by up to 33%” over just utilizing the Maximum Pre-Rendered Frames option.

This works with all GPUs. However, it only runs with DirectX 9 and DirectX 11 games. In DirectX 12 and Vulkan games, “the game decides when to queue the frame,” and the NVIDIA graphics drivers have no control over this.

Here’s when NVIDIA states you might want to use this setting:

“Low Latency modes have the most impact when your game is GPU bound, and framerates are between 60 and 100 FPS, allowing you to get the responsiveness of high-frame-rate gaming without having to decrease graphical fidelity. “

In other terms, if a game is CPU bound (limited by your CPU resources instead of your GPU) or you have very high or very low FPS, this won’t help too much. If you have input latency in games—mouse lag, for example—that’s often only a result of low frames per second (FPS), this setting won’t solve that problem.

Warning: This will potentially reduce your FPS. This mode is off by default, which NVIDIA states lead to maximum render throughput. For most people, most of the time, that’s a great option. But, for competitive multiplayer gaming, you’ll want all the little edges you can get—and that includes lower latency.

How to Enable Ultra-Low Latency Mode

If you’re faced with this issue, you can try the suggestions outlined below and see if that helps resolve the issue.

Let’s take a look at the description of the method involved concerning each of the listed solutions.

Q: Should I use Nvidia’s low latency mode?
A: Low Latency modes have the most impact when your game is GPU bound, and framerates are between 60 and 100 FPS, enabling you to take the responsiveness of high-frame-rate gaming without having to decrease graphical fidelity. Warning: This will potentially reduce your FPS.
Q: What does low latency mode do?
A: Low Latency Mode is a feature that allows a broadcaster to reduce the delay between their broadcast and their viewers. This feature will enable broadcasters to respond faster to their chat and fosters closer interactions between hosts and their community.
Q: Should you use ultra-low latency mode?
A: Setting it to Ultra is supposed to reduce latency when you have your game uncapped, and you are GPU bound and still only achieving 60-100fps. Battlenonsense did a vid though and showed you could decrease latency even more by not having it on and capping your GPU usage below max.
Q: Is a low latency good?
A: Typically, anything at 100ms is acceptable for gaming. However, the 20ms to 40ms range is estimated optimal. So simply put, low latency is suitable for online gamers, while high latency can present obstacles.
Mar 9, 2021 Low Latency Mode Nvidia, Low Latency Mode Nvidia Control Panel, Nvidia Control Panel Low Latency Mode

2 thoughts on “What is NVIDIA Low Latency Mode & How to enable it?”