What Is Microsoft Windows? – Editions and Top Features of MS Windows 10

Microsoft Windows (MS Windows or simply Windows) is the most widely used operating system in the world whether it is the desktop user at home or in organizations. Windows OS is a graphical user interface providing a colorful and attractive interface for users. Windows operating system can run any kind of software as per the need of users.

Windows also provide file storage for future use, run and use multiple software, watch movies and videos, play games, etc. In this article, we shall discuss what is windows, the editions of the Windows operating system, and the top features of MS windows. 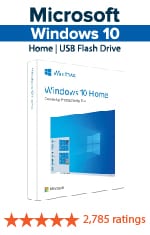 There are 2 major editions if Microsoft windows, Windows Home and Windows Professional. Windows, however, released different editions of MS windows, all of the editions have the same core operating system to use.

Trusted Boot: Trusted boot enables the encryption of the boot loader that protects against the rootkits (A software that is used to gain unauthorized access to your computer).

Remote Desktop: This feature allows you to remotely access and controls another windows computer connected through the internet.

Now it’s time to discuss the top windows 10 version features. Microsoft windows offer a lot of amazing features like Xbox, and Cortana many other.

Cortana assistant is the voice command assistant for windows 10 users. The Cortana app helps windows users to interact with the device easily with spoken commands.

Microsoft Windows 10 update there is greater support for multitasking. This feature is similar to Apple’s Spaces. With multiple applications open at one time on the windows operating system, you can use multiple apps at one time without losing any of the apps.

Microsoft Windows 10 has arranged control panel menus in such an arrangement where you do not have to search deeply for a particular option. All of the menus are arranged in a parent category. Therefore, finding an option is never difficult in windows 10.

Microsoft Windows is the most common and easiest to use operating system in the world today. With continuous updates and a user-friendly interface, it is easily learnable for any age group. With the group management policy feature, windows provide even greater support to businesses.

8 thoughts on “What Is Microsoft Windows? – Editions and Top Features of MS Windows 10”